The international research community was saddened to hear of the passing of Ronald F. Inglehart, the Lowenstein Professor of Political Science and research professor at the Institute for Social Research at the University of Michigan. He was also co-director of the Laboratory for Comparative Social Research at the Higher School of Economics in St. Petersburg, Russia. Professor Inglehart helped found the Euro-Barometer surveys and directed the World Values Survey, which has surveyed representative national samples of the publics of 97 countries, including Canada (from time to time), containing almost 90 percent of the world’s population. 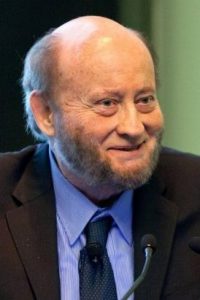 Professor Inglehart is perhaps best remembered for his contributions to the World Values Survey and his hypothesis that intergenerational values change from materialist to post-materialist values was taking place in the developed countries in tandem with rising standards of living. Pursuant to over 250 academic publications and many books, Professor Inglehart argued in his 2018 book, Cultural Evolution*1, that while the prosperity of the second half and generational change of the twentieth century enabled post-materialist values to steadily replace materialist values in developed countries, a counter-reaction has set in during this century. He further posited in Cultural Evolution that this counter-reaction was stimulated by the lack of job security and rising inequality and has been a factor in the rise of populist leaders and movements in the United States and in many countries in Europe.

His theories of values and cultural change were most graphically and memorably portrayed in the Inglehart-Wetzel maps of cultures around the world, such as the 2020 version below, which show how traditional vs. secular values and survival versus self-expression values vary across countries and cultural regions of the globe (note: Canada is not represented in the 2020 map, as it was in previous versions). 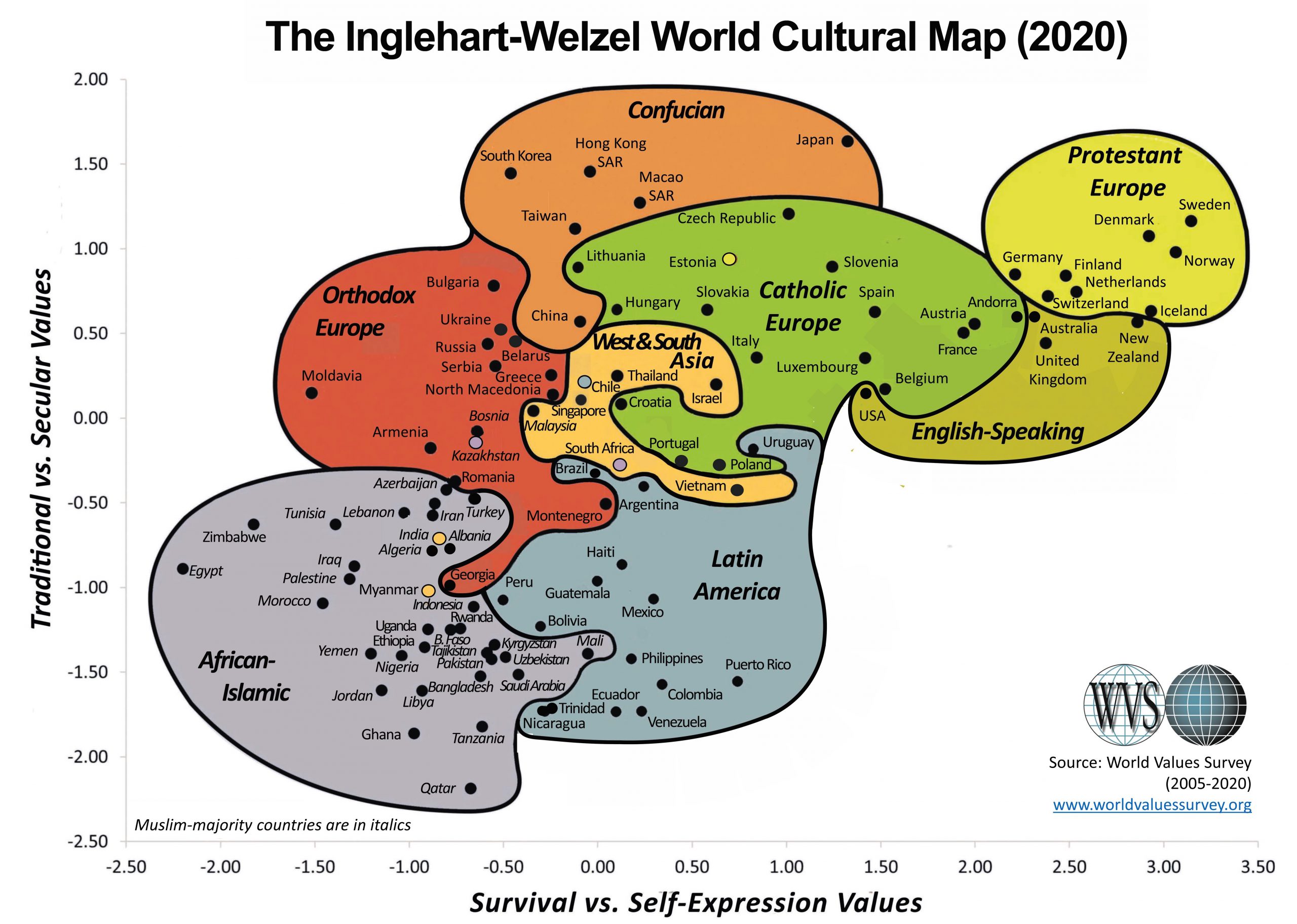 For a more complete rendering of the life of this accomplished social scientist, see also the article published by the World Association for Public Opinion Research: https://wapor.org/passing-of-ronald-f-inglehart/.

See as well the presentation below by Professor Inglehart, entitled The Rise of Trump and the Xenophobic Populist Parties: The Silent Revolution in Reverse at the University of Toronto Munk School of International Affairs on September 14, 2018. Link to presentation: https://youtu.be/4DE_uuCjNkY. 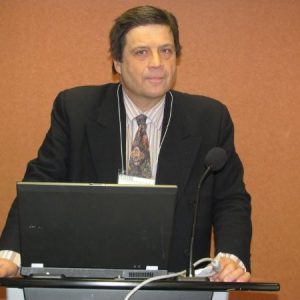 Nathaniel Stone is the Programme Coordinator at Algonquin College’s Marketing Research and Business Intelligence (MRBI) programme at the School of Business and is a CAIP and a CRIC Fellow.